Contestation of the EU polity may have mobilised voters in May, but will have a lasting effect in dynamics of competition in the future. 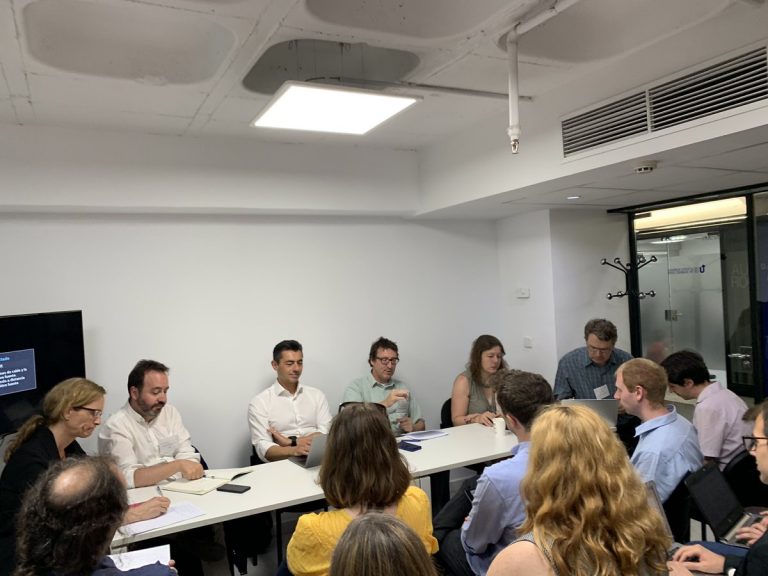 How can we read the results of the EP election 2019, three weeks after Europeans went to vote? This has been the question that the roundtable with Elena García Guitián, Luciano Morganti, Hans-Jörg Trenz, Niilo Kauppi, Claudia Wiesner and José Fernández Albertos organised by OpenEUdebate at the 26th International Conference of Europeanists in Madrid. I have taken the liberty to summarise the discussion so all responsibility for inaccuracies is mine.

All panellists agreed that it is too early to tell with any degree of certainty which factors influenced the election and that further research is required. However, we have enough evidence and preliminary analysis to suggest some avenues for further research to test hypotheses and address controverted interpretations. 2019 seems to have broken the tradition of European second order elections with increases in participation and competitiveness. The backlash on this historical trend came unexpectedly: the campaign started late, the lead candidates were not credible to many reporters and the voters’ concerns with migration seemed to anticipate an encouraging scenario for the far right. From the media coverage perspective despite all the efforts of the EU institutions it does not seem that the strategies aiming to put the focus on European issues – such as the fight on climate change – and to promote media literacy and quality coverage it does not look like that these could have decisively influenced the result.

Instead, it seems that the campaign has been strongly polarised and that unexpectedly to many observers this polarisation has benefitted to pro-European forces. In a historical perspective, we may also consider that these elections have essentially levelled the playing field, as EU elections have been high stakes contests for Eurosceptic and far right parties. Pro-EU forces may have simply been successful at mobilising a part of their supporters that would have traditionally abstained. In this sense, we may have seen a polity contestation first order campaign where the very existence of the EU, the meaning of sovereignty and internal and external clashes dominated the conversation. This is evidenced by the high visibility and good results of actors mobilising strong critical or favourable views of the EU like the Belgian liberal Guy Verhofstadt or the Hungarian conservative Órban. Media and social media have exacerbated this value contestation.

Does this mean we can confirm that the EU has acquired its own model of political competition, decisively opposing cosmopolitan pro-EU forces with nationalist Eurosceptic ones? This is subject to important controversy, as the cosmopolitan – nationalist cleavage remains largely impossible to discern from existing cleavages in some countries such as Spain. Specifically pan-EU forces such as Volt or DIEM25 have been irrelevant, competition for EU office is unlikely to have decided votes beyond a few local exceptions – Timmermans winning the Netherlands for the PES – and EU issues remain weakly known among EU citizens. Instead, some of our panellists thought that what we are seeing is a combination of a high stakes appropriation of EU issues by opposing political forces and an increasing synchronisation of national political cycles, with the same forces doing better or worse at the same time in several EU countries albeit for different reasons.

A final note to take from the result of the EU election is that the political functioning of the European Union will be affected by the results, in ways that may be replicated in other institutions. The polarisation around the polity contestation together with the simultaneous weakening of the socialist and popular forces may imply that pro-EU forces develop incentives to put their ideological difference to the side for the sake of European integration. A first response may be seen in the composition of the majority supporting the nomination of the new Commission. But this may be happening also at domestic level, as pro-European actors in a country like France cooperate under the lightweight structure of En Marche. Polarisation around EU issues may also be changing the domestic political structures.