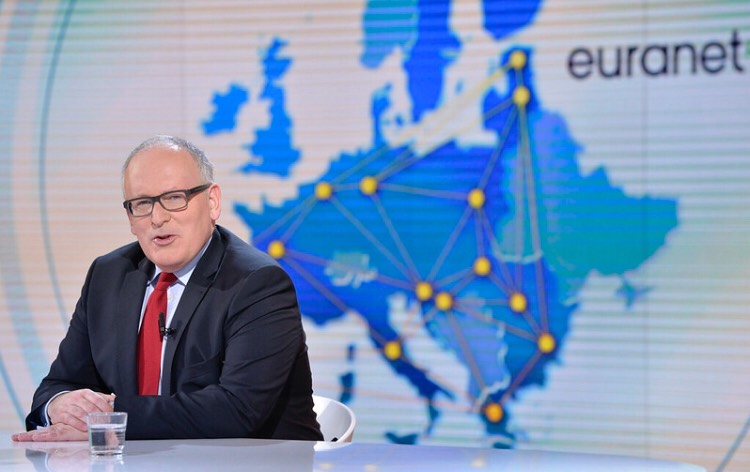 On the brink of the European elections on May, amongst a period of political uncertainty and surprising outcomes, each European political family is preparing their strategy and trying to set a political agenda capable of meeting the current and future challenges of the EU. A broad consensus is emerging on the need to move towards a new idea of Europe, although there is a clear and significant disensus on the path to follow. In comparison with the European elections of 2014 the manifesto of the Party of European Socialists for the European elections of May 2019 shows changes in some proposals  and a number of new ones to address new demands, but it maintains the majority of their principles and plans for Europe. The Socialists explicitly reject the status quo and alert that its maintenance is dangerous for the future of the EU. Instead, they propose a new social contract for Europe. I as the way of changing both the course of the austerity policies and the narrative of the new populist and eurosceptic parties.

While in 2014 the PES was more interested in changing the financial system and its institutions as one of the main debates in order to prevent them from gambling with citizen’s lives and projects, in 2019 they make more reference to issues such as reverting climate change or bringing up new gender and equality policies. Back in 2014 the PES put a lot of emphasis on regulating the banking sector with a more democratic control, whereas the current manifesto focuses more on a transition fund to facilitate the implementation of the UN’s Sustainable Development Agenda and Goals by 2030. In order to repair the consequences of the economic crisis, the PES claims to take a step forward in reinforcing the welfare states, providing a better protection for those in a vulnerable situation. On this, the PES proposes a European complementary unemployment insurance mechanism. Finally, contrary to their programme in 2014 which focused on promoting democracy within the EU institutions, this year manifesto is much more focused on protecting democracy across the member states, with references to minorities, rule of law or fake news. This seems to reflect a growing cleavage in relation to Eurosceptic populist movements.

The manifesto reflects some of the dilemmas of social democratic parties in Europe, but also some of the strategic choices of the PES for the 2019-2024 period. The main dilemma relies on the growing fragility of the social-democratic coalition of middle and working class voters, as the first ones appear increasingly tempted by green and liberal alternatives whereas the second ones have an increasing choice in welfare chauvinism and new left parties. The strategic choices are the consequence of the rapid change in the relative strength of the key national parties with Brexit and the disaster of the French and Italian socialists leaving the Spanish and Romanian socialists as the main forces after the German SPD and the realignment of alliances in the EP. The importance of the change in the relative strength appears in the comparison of the manifestos of two parties in different situations, the French PS, ousted from government in 2017, and the ruling Spanish PSOE ahead in opinion polls.

The Socialist Party (PS) in France  is in general terms very close to the PES programme, explicitly supporting the building of a social Europe, moving forward in equal rights and inclusive policies, investing in basic social services and promoting the values of solidarity and tolerance among the different state members. However the PS’s position shows more intensely the struggle of social democratic parties to strike a deal between “winners and losers” of globalisation. On the one hand they offer something for voters concerned by green issues: on climate change, the PS manifesto goes beyond PES and demands even stronger measures revolving around a higher taxation for companies failing to comply with environmental laws. On the other hand, it addresses concerns related to identity politics focusing more on insecurity and terrorism threats and not tackling immigration issues and propose to protect specific sectors of the economy. On the other hand the Spanish labour socialist party (PSOE), seems more aligned with the PES manifesto- and brings  focuses on progressive-libertarian issues such as a feminist Europe and a commitment to remove all discriminations for LGBTI people. In relation to internal dilemmas, the PES will continue to experience similar tensions to the European Popular Party in relation to some of its members in Central in Eastern Europe, as it happened in the past with the controversial Slovak leader Robert Fico. As it was the case with Fico issues remain open in relation to migration (with Slovak and Bulgarian socialists demanding stronger border controls and opposing refugee quotas), same-sex marriage (Bulgarian and Romanian parties have opposed it to different degrees) and rule of law, as accusations of hindering the rule of law and anti-corruption struggle grow against Romania’s ruling PSD.

Finally, the PES will also face a number of dilemmas regarding its cooperation with other forces in the European Parliament. On the one hand, the PES could try to lead a  large progressive space where not only social democrats but also green parties, other left parties and some moderate liberal parties can fit. This seems to be the attempt of the French socialists run as part of coalition for the European elections. On the other hand, if the elections are fought on a cleavage opposing pro-Europeans and eurosceptics and the result is a large Eurosceptic populist group social democrats will likely be forced again into cooperation with the European Popular Party and ALDE to ensure a majority for a pro-European but not necessarily progressive agenda in the EP.